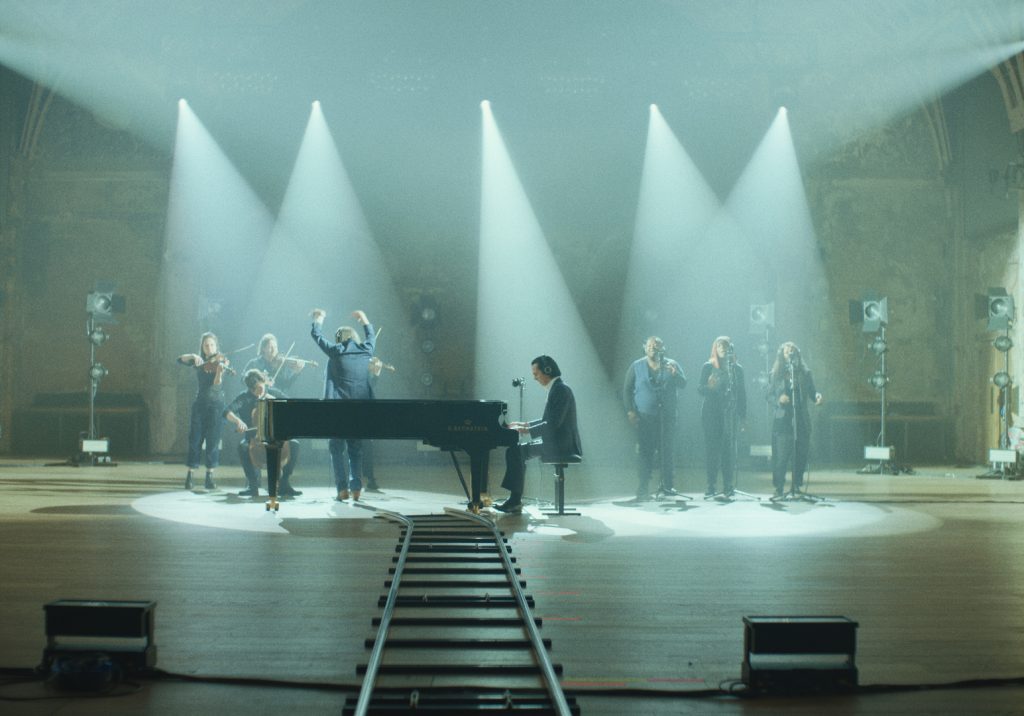 Warren Ellis on nearly 30 years with Nick Cave: “I’m there for him, whatever he wants”

As their new film hits cinemas, we dig into one of music’s most singular duos

Collaborations are really curious things,” says Warren Ellis, the multi-instrumentalist, author, composer and – most potently – yin to Nick Cave’s yang. “Because you don’t have to question them if they’re working. There’s something about the very nature of me and Nick getting into a room that leads to something. It may not always be good, but it always leads to something.” After almost three decades together, theirs is one of rock music’s most indelible – and unbreakable – partnerships. “We’re both still curious about the process,” he adds. “These collisions that happen.”

“Collisions” is a beautiful way to describe the Ellis/Cave musical rapport, one that’s flourished since Ellis became an increasingly prominent member of Aussie rockers The Bad Seeds. If Cave brings the poetry and the front-man flamboyance, his fellow Australian is like the backroom engine, scooting around stage with all the energy of a whirling dervish. Ellis’ mesmerizing abilities with a vast array of instruments (accordion, flute, mandolin, to name but three) has seen him gain a reputation as one of the most soulful and skillful musicians on the planet.

“When me and Nick get into a room, it always leads to something”

We’re speaking over Zoom, Ellis ensconced in his studio in Paris, where he lives with his wife and son. In the background, Stanley Kubrick’s masterful period epic Barry Lyndon is playing on a flat screen, the strains of the main theme – Handel’s ‘Sarabande’ – tinkling away. “It’s such a great [movie] and the soundtrack is fabulous to work out too as well!” Ellis enthuses. “If you need your cardio, you’ve always got the requiem to keep you in check. A good ‘Sarabande’ and a harpsichord beats around the head when you’re flagging round the corner!”

The idea of Ellis jogging to the 18th century composer is an amusing one, particularly given his wild-man appearance (long streaks of silver-grey hair and an untamable beard). “I realize I’ve still got my lockdown look,” he chuckles. “But I had that a long time before anyone! I patented that.” Sprouting from his chin like an unruly ferret, his distinct facial hair is “probably at record length” now after two years of not performing live. In the ‘Before Times’, it could “cause problems” on stage, snagging in the strings of his beloved violin. “It gets stuck, and I have to pull it out,” he chuckles, “but the show must go on!”

Like every other musician, the pandemic meant cancelled tours for Ellis, with the extraordinary 2019 Bad Seeds album ‘Ghosteen’ a victim of closed venues. Yet rather than sulk, the affable Aussie kept fiercely busy. He released his first book, Nina Simone’s Gum, wryly recounting what happened after he nicked the titular singer’s chewing gum when she performed at the Cave-curated Meltdown Festival in London in 1999. He collaborated with his dear friend Marianne Faithfull – more of which later – and dug back into his hard drive to pull together The Bad Seeds’ ‘B-Sides & Rarities Part II‘, released last October.

Unsurprisingly, it’s his ever-evolving relationship with Cave that really came to the fore in lockdown. The two chipped away at the music for the just-released snow leopard documentary The Velvet Queen and Andrew Dominik’s upcoming Marilyn Monroe movie Blonde. They also knocked out ‘Carnage’, their first studio work as a duo (aside from the various soundtracks they’ve collaborated on). It’s this eight-song LP and ‘Ghosteen’ that form the basis of Dominik’s other new movie – and the reason we’re chatting today – This Much I Know To Be True.

Part-documentary, part performance-piece, it’s a dazzling look at Cave and Ellis’ creative process, and their on-stage fusion. Dominik stages the songs in a church-like warehouse space, his camera circling the musicians as they deliver truly electric versions of ‘Hand of God’, ‘White Elephant’, ‘Albuquerque’ and others. “It’s kind of operatic, the way everything moves in sync with the music and the lights,” says Ellis. “The way this film looks is so extraordinary. I’m not a fan of musicals… but it seems like a musical you can actually watch!”

Better yet, This Much I Know To Be True is an illuminating, incisive look at Ellis and Cave’s friendship. “I’m there for Nick, whatever he wants,” says the 57-year-old Ellis, who is seven years Cave’s junior. “Our collaboration feels, to me, to be codependent. We each do something that the other doesn’t. I don’t know much about words. I can get in there and make a mess of music and then Nick can order me. That was interesting watching the film – I realized how chaotic I am. Andrew amazingly chopped it together – this absolute chaos that seemed to be around me. And then Nick is so ordered. I’d never really thought about that, until I saw it.”

Read the full interview from NME here.
Catch the global cinema event at The Paramount Theater on Wednesday, May 11 at 7:30PM.