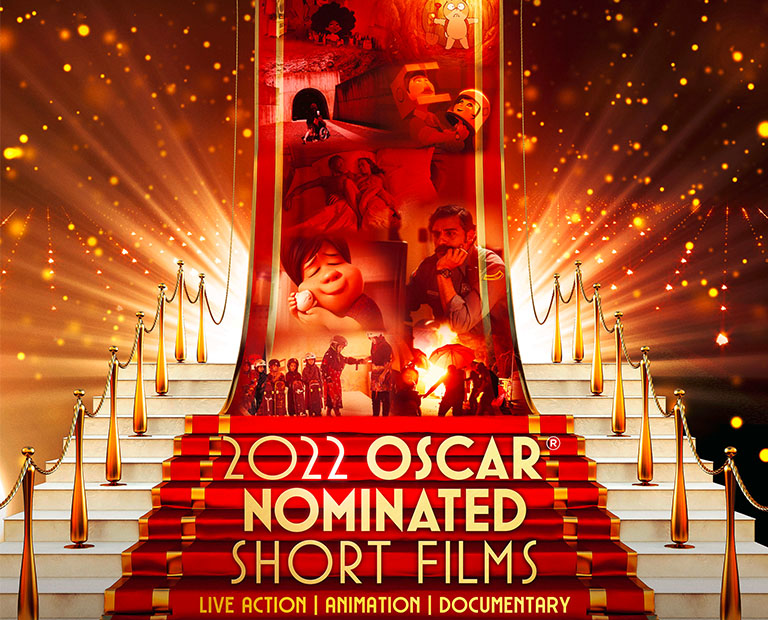 Ah, the short film. An art form that tells a story and captivates an audience in under 40 minutes. In a modern world where movies can run well over two hours, whittling a narrative into these compact but powerful pieces can be a challenge, but it allows for precision, experimentation, and style. Names like Walt Disney, The Three Stooges, Laurel and Hardy, and Jim Henson have found this to be the case for many live action and animated nominations over the years. Since the addition of the Oscar Shorts category to the Academy Awards in 1932 (which, fun fact, was a year after The Paramount Theater first opened its doors), it is recognized as a significant part of the filmmaking industry by producers, directors, animators, actors, and film fans alike.

The award category was originally called ‘best short subject’ and was separated by comedy and novelty. This later became one-reel and two-reel, in reference to the length of the films. Today, the nominations are compiled and divided into three categories: live action, animation, and documentary, each of which include entries from all over the world.

The films go into theaters shortly after nominations are announced and are then, a few days before the Oscars®, also made available via on demand platforms, including iTunes, Amazon, Google Play and Vimeo on Demand. The theatrical release of the nominated short films each year is the world’s largest commercial release of short films on the planet, delighting audiences and giving filmmakers unprecedented opportunity to entertain short film fans.

In recent years, the Oscar® Nominated Short Films have been released in over 700 theaters across the US and Canada, garnering reviews in every major news outlet, from The Hollywood Reporter, Variety, and Deadline to The New York Times and the Huffington Post. The films have also been released annually in a growing number of theaters around the world, including the UK, France, Germany, the Netherlands, Belgium, Spain, South Africa, Mexico, Chile, China and Australia among others, making it a truly international release. (courtesy of ShortsTV)

Beginning February 25, you can see each of these categories on the big screen this weekend at The Paramount Theater!