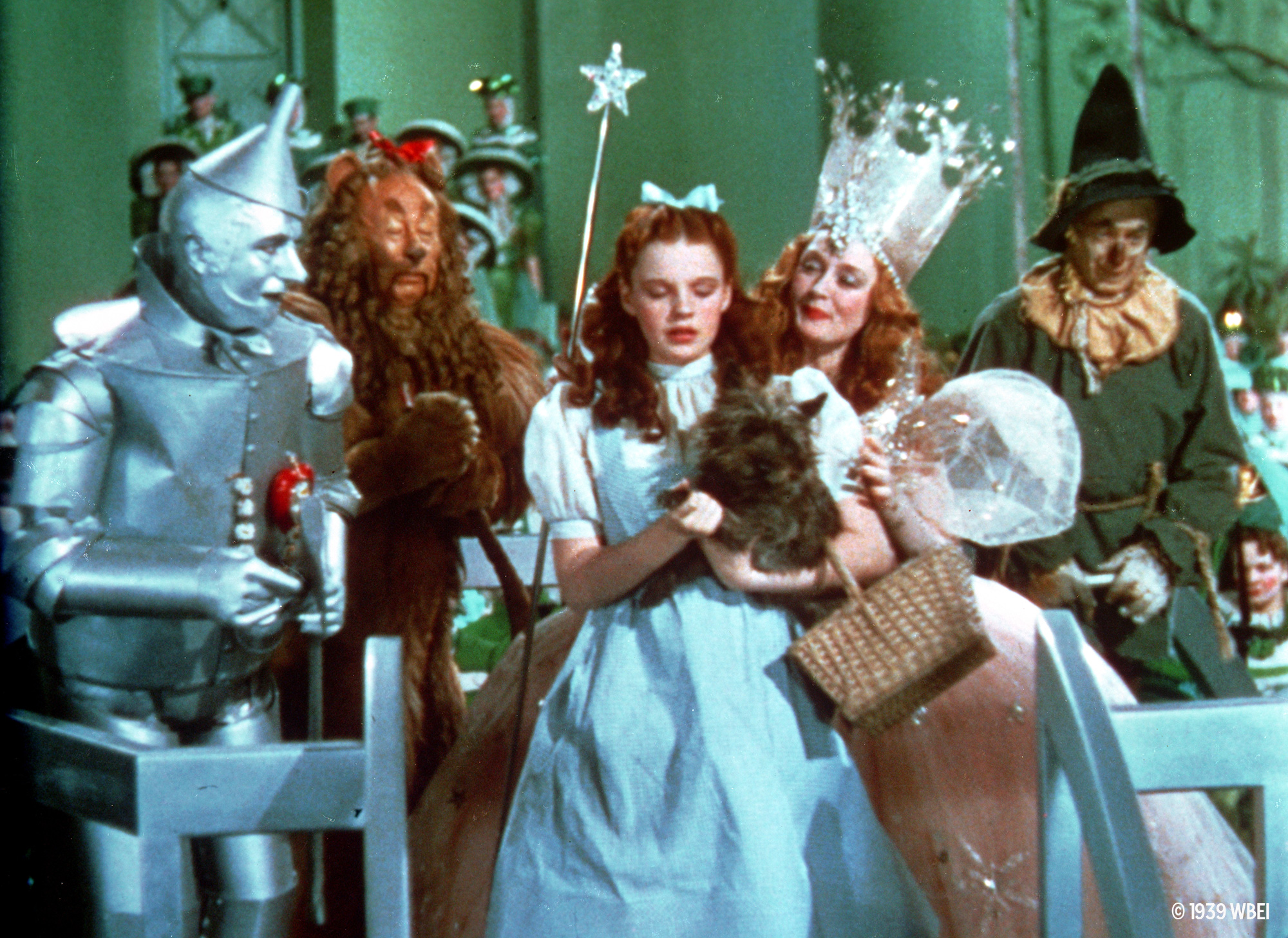 We’re kicking off the year with the 1939 release of The Wizard of Oz in celebration of The Paramount Theater’s 90th Anniversary! Starring Judy Garland in the leading role of Dorothy Gale, this timeless classic of Frank L. Baum’s story is arguably the most influential film of all time. The innovative Technicolor picture, lovable characters, and memorable songs continue to resonate with audiences of today, bridging generations of old and new. To honor its history, we’re sharing a few facts about the making of the movie.

Let’s break it down by character:

The Cowardly Lion’s costume was made of real lion pelts.

Lahr removed his suit between takes.

The Technicolor process at the time required very bright lighting that made the set uncomfortably hot. Temperatures could reach over 100°F (38°C)! With a costume that thick and heavy, we don’t blame Lahr for shedding his suit.

The same makeup technique and prosthetics used on the Cowardly Lion was used for the Scarecrow. Peeling off the glued-on mask for an hour each day of filming left lines on Ray Bolger’s mouth and chin. The marks took about a year to disappear.

The Scarecrow was supposed to be the Tin Man. 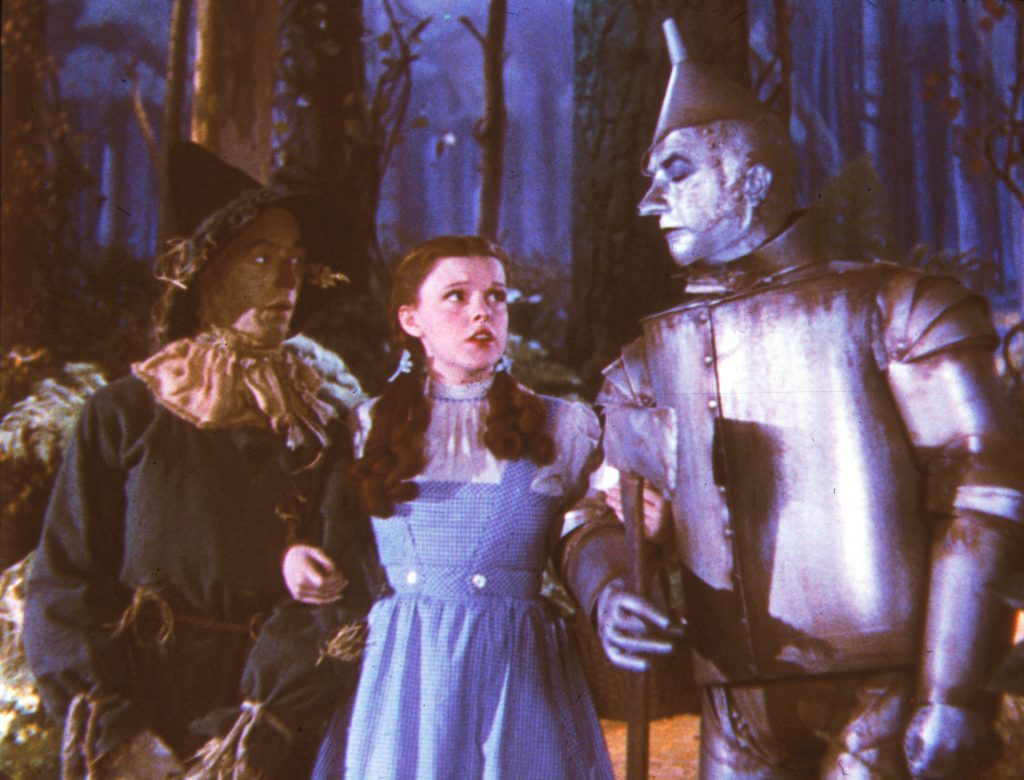 Buddy Ebsen, after swapping with Bolger for the role of Tin Man and ten days into filming, had an allergic reaction to the aluminum powder used in his makeup. He was hospitalized in critical condition for having trouble breathing, and was later forced to leave the project. Production paused until they found a replacement – Jack Haley. Fortunately, Haley did not have as severe of a reaction to the makeup after it was changed to an aluminum paste with a layer of white greasepaint underneath, but it did give him an eye infection at one point.

I can’t believe it’s not… oil?

Apparently real machine oil does not photograph well. When the Tin Man cries and oils his joints, you’re actually seeing chocolate syrup instead. Now those are some tears that could be worth licking!

Wicked Witch of the West

Margaret Hamilton had to drink her food through a straw when they were on set due to the toxicity of her copper-based makeup.

The Witch was burned.

Hamilton’s copper makeup was a lot more trouble than just diet. In her dramatic exit from Munchkinland, fire and smoke erupts as she is lowered by a concealed elevator that takes her below stage level. The effects ran smoothly in the first take, but in the second, they were set off too soon. The flames set fire to her green copper face-paint, causing third degree burns on her face and hands that had her recuperating for six weeks before returning to filming. 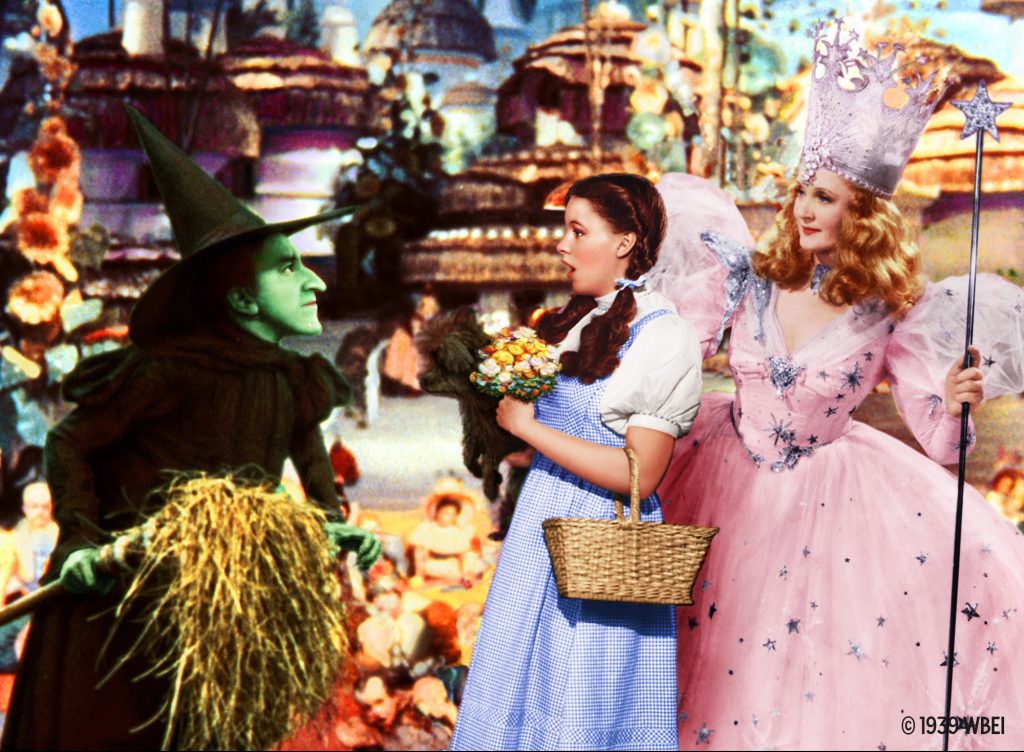 Terry, the little female terrier that played Toto, was paid $125 a week. She was paid more than the munchkins, who took home less than half the amount at $50 a week. That’s quite the penny, especially since it took as many as twelve takes for her to run next to the actors when skipping down the Yellow Brick Road.

Dorothy gets a makeover.

George Cukor, the second of the four directors of the film (who ended up dropping the production to direct Gone With the Wind), made the creative decision to have Dorothy look more natural. Initially, she was very exaggerated and Garland had to wear a blond wig with heavy “baby-doll” makeup. Hamilton’s makeup and costume was also changed, so scenes they had previously filmed together had to be reshot. Victor Fleming (the main director) replaced Cukor and decided to continue with the direction that Cukor had taken.

Dorothy’s iconic blue-and-white gingham dress was technically blue-and-light pink since this was easier to shoot in Technicolor. The MGM producer Louis B. Mayer also changed the original silver-sequined shoes in Baum’s story to what we know as the ruby-red slippers to show off the innovative technology and color. 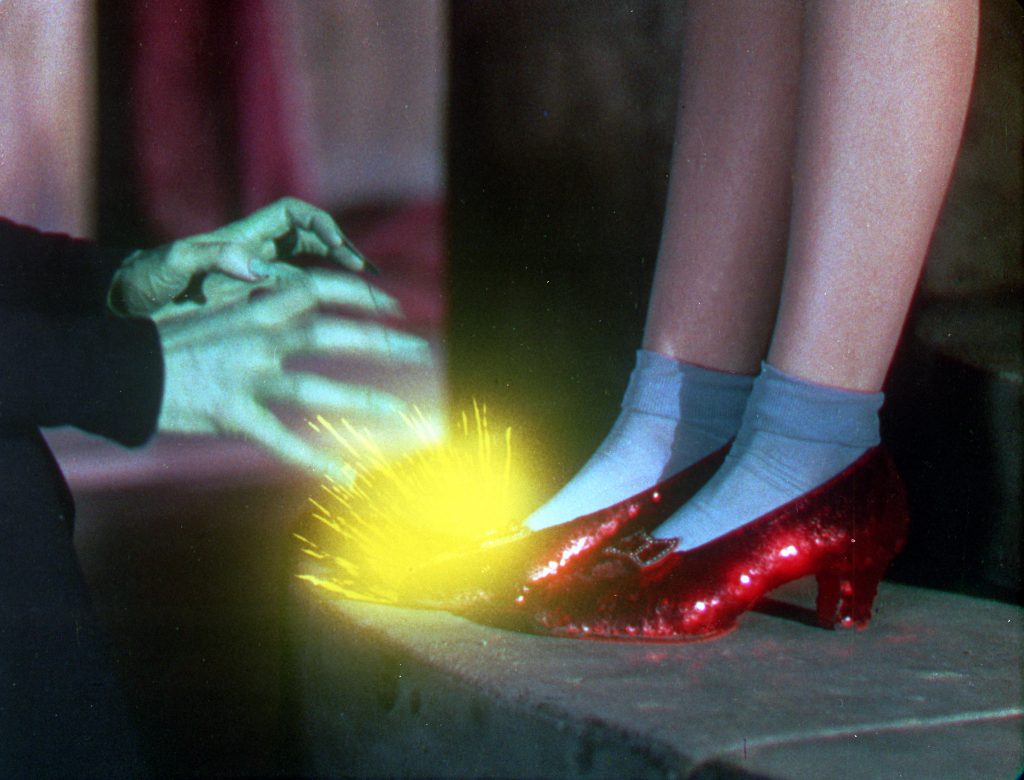 Clearly, the making of The Wizard of Oz was a tremendous effort on multiple fronts that warrants the need to see the film and appreciate it in its entirety. While it wasn’t initially a box office success in 1939 despite a few Oscar wins, the movie really took off after it was shown on television in 1956. Since then, it’s been watched countless times over the decades and now makes its way to the big screen again at 2PM on Sunday, January 23rd at The Paramount Theater.

The Wizard of Oz is the first in our series of classic film screenings every month. Our 12-month long celebration of The Paramount’s 90th Anniversary will include a film from each decade as we count up to present day.

Join us next month on February 20 for The Philadelphia Story (1940) starring Katharine Hepburn and Cary Grant!