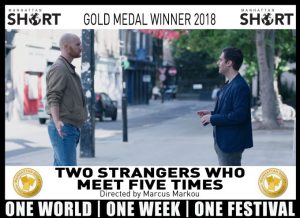 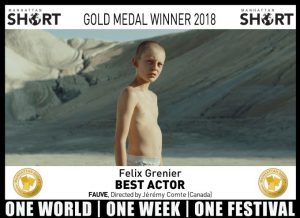 It just so happens that The Paramount’s audience vote aligned perfectly with the international festival’s winners! Two Strangers Who Meet Five Times was this year’s Gold Medal winner, and Felix Grenier from the film Fauve was this year’s Gold Medal winner for Best Actor! Congratulations to the winners. We can’t wait for the return of the Manhattan Film Festival next year!