We are excited to offer a complimentary pre-show lecture with Paramount Presents: The Opulence of Integrity, A Movement Odyssey Celebrating the Life and Legacy of Muhammad Ali on January 18, 2018 in the Balcony Lounge at 6:45PM. The lecture, titled “Traces of Greatness: All Of Us Are Made From Clay,” will be conducted by Leontyne Clay Peck.  CLICK HERE to purchase tickets and learn more about The Opulence of Integrity. 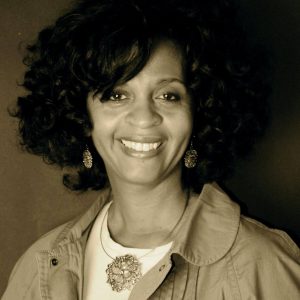 A descendant of John Clay, who arrived in Jamestown in 1613, Peck is also the distant cousin of Kentucky Senator Henry Clay as well as the Abolitionist Cassius Marcellus Clay (for whom Muhammad Ali – A.K.A. Cassius Clay – was named). Peck’s lecture will touch on themes of The Opulence of Integrity; the greatness in all of us and the characteristics that make all of us great in our own way. She will also share family anecdotes, which include stories of Ali’s personal inspiration to become one of history’s most celebrated athletes as well as a social activist.

Leontyne Clay Peck is an educator, author, and speaker with more than 30 years of experience in presenting African American Cultural Programs and Family Histories. She received her education from American University, the American University of Rome, and West Virginia University.

She gives presentations to educational institutions, faith organizations, libraries, genealogical societies, and private businesses on her experiences in finding her roots and encouraging others to search for their ancestors. Her ancestry is also connected to Benjamin Banneker, Civil War soldier Job Gaiter, and the enslaved communities of Presidents James Madison and Thomas Jefferson.

Peck is the recipient of a host of awards including Maryland Business and Professional Woman of the Year and Maryland Commissioner on African American History and Culture. She is also a Ford Foundation Scholar in African American Studies.

She is the author of “Our Mother’s Dresses: An Ancestry Tribute to my African, European and American Mothers,” “Silver Children:  The African American Family of Henry Clay,” and “Paxton Street.”

In addition, Peck was involved in the “The Mere Distinction of Colour” exhibit at Montpelier, where she participated in the excavation of the slaves’ quarters along with other slave descendants. Read more about the dig in The Breeze.

She is married to Lyle Peck and they are the parents of two adult daughters, Whitney and Alexis.