For 40 years, Charlottesville Opera has been curating high-quality opera and other musical performances for the Charlottesville community, starting out at Ash Lawn-Highland and now on stage at The Paramount Theater. We have been thrilled and honored for the past 8 years to have been the gathering place for these incredible productions, and we are excited to partner with the transformed (and still very beloved) Ash Lawn Opera to announce its 40th season, now as Charlottesville Opera.

This season, we look forward to seeing the following events live on stage at The Paramount: 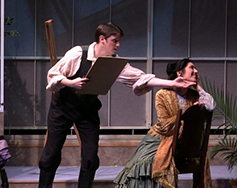 Charlottesville Opera – the recently renamed Ash Lawn Opera – is excited to present the East Coast premiere of Middlemarch in Spring, a new chamber opera based on George Eliot’s Middlemarch, in March of 2017.  Written by the creative team of Allen Shearer, composer, and Claudia Stevens, librettist, this will be the company’s first premiere in over 35 years. The world premiere of this delightful new work was hailed as one of the top 10 operatic events of the year by the San Francisco Chronicle, as well as one of Encyclopedia Britannica’s most noteworthy new musical works of 2015.

The production is presented in partnership with the Virginia Festival of the Book, which will be held in Charlottesville from March 22-26, 2017. Ticket holders are invited to hear pre-performance talks one hour before each performance, by librettist Claudia Stevens on Thursday, March 23 and by Rebecca Mead, staff writer for The New Yorker and author of My Life in Middlemarch, a personal account of the novel’s importance in Mead’s life, on Friday, March 24.

CLICK HERE To Purchase Tickets to Middlemarch in Spring 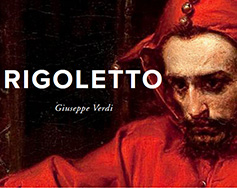 One of the greatest works in the operatic canon, Rigoletto tells the tragedy of a father whose fervent attempts to protect his daughter from the dangers of the world cause her ruin. Featuring several incredibly popular arias, Verdi’s depiction of the machinations and scandals of a sixteenth century Italian court remains haunting and all-too-relevant today.

The cast stars fan-favorite Hyung Yun (Metropolitan Opera) as the title character. Yun was most recently seen with Charlottesville Opera as Germont in La Traviata  (2016), co-produced with The Oratorio Society of Virginia, and as Sharpless in Madama Butterfly (2015). He will be joined by Ashley Emerson (Metropolitan Opera), praised by Opera News for her “musical energy, immaculate technique and physical grace”, as Rigoletto’s beloved daughter Gilda, and Matthew Vickers (Virginia Opera) as the caddish Duke of Mantua. 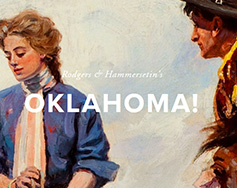 Charlottesville Opera’s 40th season concludes with Oklahoma!, the very first collaboration between composer Richard Rodgers and librettist Oscar Hammerstein II. Set in the Wild West at the turn of the century, this charming and heartfelt musical portrays the rivalry between a small town’s farmers and cowboys, which is brought to a head by the romance between Laurey, an earnest farm girl, and Curly, a rugged cowboy. Oklahoma! is a special collaboration between Charlottesville Opera and the Charlottesville Ballet, Charlottesville’s only professional dance company, to bring the musical’s rousing dance numbers to life.