Get in the holiday spirit with live holiday performances, classic seasonal films, and more at The Paramount Theater! The holiday season will open on December 1 with the Grand Illumination, followed by a free viewing of A Christmas Story [PG] at 8:30PM, presented by The Paramount in partnership with with the City of Charlottesville and the UVA Community Credit Union.

Other season highlights include a sensory-friendly screening of Elf [PG] and, The Paramount’s 1st Annual Brew & Buddy Run on December 10; a live stage adaptation of Guess How Much I Love You & I Love My Little Storybook on December 6; holiday films such as Love Actually [R] on December 3 and White Christmas [Unrated] on December 17; and Phil Vassar & Kellie Pickler live on stage on December 23.

Read more below and purchase your tickets today! 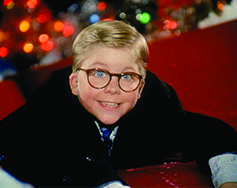 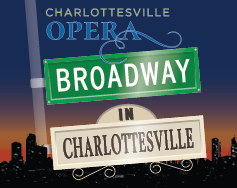 Charlottesville Opera Presents: Broadway in Charlottesville, a magical evening of all-star entertainment, featuring Broadway’s brightest stars in a dazzling affair, in the Grand Lobby of The Paramount Theater. Executive Director Kevin O’Halloran and Interim Artistic Director Steve Jarvi have teamed up with New York Actor/Producer, Deborah Grausman (Sesame Street, National Tour of Fiddler on the Roof, Producer of the critically-acclaimed Broadway in the Berkshires), to assemble an illustrious cast for this one-night-only benefit. This magical event marks the first time a live ticketed performance will take place in the Grand Lobby; don’t miss this spectacular experience! 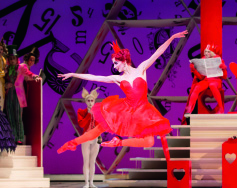 Follow Alice down the rabbit hole in Christopher Wheeldon’s exuberant ballet, inspired by Lewis Carroll’s much-loved book, live on The Paramount’s Big Screen! At a garden party on a sunny afternoon, Alice is surprised to see her parents’ friend Lewis Carroll transform into a white rabbit. When she follows him down a rabbit hole events become curiouser and curiouser… As Alice journeys through Wonderland, she encounters countless strange creatures. She’s swept off her feet by the charming Knave of Hearts, who’s on the run for stealing the tarts. Confusion piles upon confusion. Then Alice wakes with a start. Was it all a daydream? 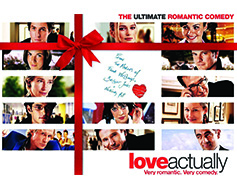 With a star-studded cast featuring Hugh Grant, Alan Rickman, Emma Thompson, Keira Knightly, and more, Richard Curtis’s Love Actually weaves the stories of eight couples together during the frantic month before Christmas. Love waxes and wanes; it changes and rearranges. These characters lives intertwine, and they’re all searching for the best Christmas gift of all – a little bit of love, actually. 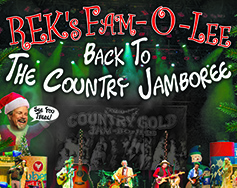 Starr Hill Presents welcomes Robert Earl Keen to The Paramount Theater for a special holiday presentation Fam-O-Lee Back To The Country Jamboree Show! Keen has blazed a peer, critic, and fan-lauded trail that have earned him living-legend and keeper of the flame status in Americana music. With 19 albums under his belt, Keen’s latest recording, “Live Dinner Reunion”, recorded at Floore’s Country Store celebrating the 20th anniversary of the quintessential No. 2 Live Dinner is the stuff of honky-tonk legend. A night that reminded us why we love live music! 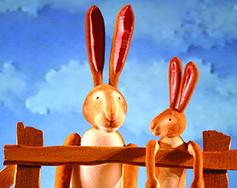 PARAMOUNT PRESENTS: MERMAID THEATRE OF NOVA SCOTIA’S GUESS HOW MUCH I LOVE YOU &
I LOVE MY LITTLE STORYBOOK
WEDNESDAY, DECEMBER 6 AT 6:00PM
$10.75 YOUTH, $15.75 ADULT 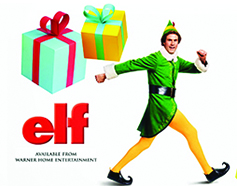 Elf is a Christmas comedy perfect for all ages! The story follows Buddy (Will Ferrell), a man raised as an elf in the North Pole. Buddy, after inadvertently wreaking havoc on the elf community, sets out on a quest to meet his father (James Caan), spreading Christmas cheer in a world of cynics all along his way. The movie also stars Bob Newhart (Papa Elf), Ed Asner (Santa), Zooey Deschanel (Jovie), Peter Dinklage (Miles Finch), and Mary Steenburg (Emily). 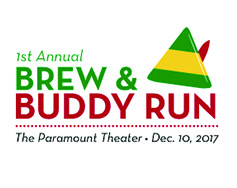 The Paramount’s 1st Annual Brew & Buddy Run, presented in partnership with Champion Brewing Company and Three Notch’d Brewing Company, is sure to get you in the holiday spirit! Starting at the Theater at 5:00PM and making a three mile loop around the Downtown area, the Brew Run includes stops at Champion and Three Notch’d for a beer at each brewery before returning to The Paramount for Elf on the Big Screen at 7:00PM. Registration fees for the run include a 2017 Brew & Buddy Run souvenir cup, one free pour at each participating brewery, $1.00 off beer purchase at The Paramount’s concessions, and admission to the 7:00PM presentation of Elf. The Brew & Buddy Run will take place snow, rain, or shine! 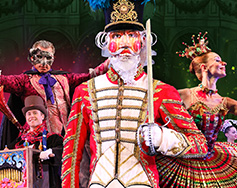 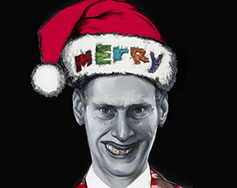 John Waters (Pink Flamingos, Hairspray, A Dirty Shame) will perform a live, unforgettable night of holiday mischief with his critically acclaimed one man show, A John Waters Christmas.  Waters pokes fun at the holiday season with adult-appropriate humor, effectively “putting the X in Xmas,” developing a show for the open minded and slightly left-of-center audience. 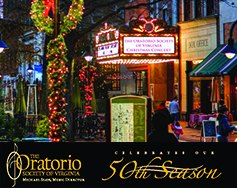 Join The Oratorio Society of Virginia for this beloved Charlottesville tradition and family favorite. Music Director Michael Slon conducts a 90-person chorus composed of some of the community’s finest singers.
In what’s become an anticipated and delightful Oratorio custom, two guest youth choruses will perform during the concerts.  Moreover, there will be an opportunity for the audience to join in the singing with the chorus, so that everyone can “sing in” the holidays together!  An accompaniment of brass, organ, and percussion rounds out what is sure to be a vibrant and heart-lifting performance. 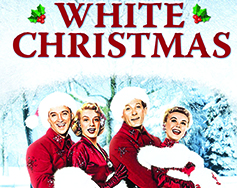 Two World War II buddies, Bob (Bing Crosby) and Phil (Danny Kaye) create a top song-and-dance routine that really wows the crowds. They cross paths with two beautiful sisters (Rosemary Clooney and Vera-Ellen) who also perform a song-and-dance act. Smitten with the sister act, Bob and Phil follow the duo to an inn in Vermont, which they find is owned by their former commanding officer (Dean Jagger). Realizing the inn is failing, the foursome perform a musical extravaganza to save the business. 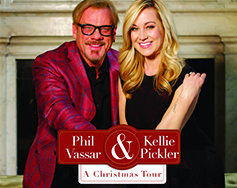 Phil Vassar’s incisive, soulful lyrics and infectious melodies captures audiences of all ages.  Phil has a strong social media fan base with followers spanning 45+ countries on 6 continents. His fans love his energetic shows and keep coming back for more as no two shows are ever alike. 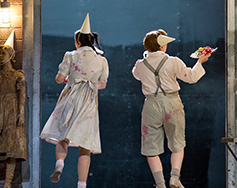 A Met English-language holiday presentation, Richard Jones’s clever production of Humperdinck’s fairy-tale opera is based on the Brothers Grimm story. Donald Runnicles conducts the sweeping score and a delightful cast, including the legendary Dolora Zajick as the wayward siblings’ mother. Tara Erraught and Ingeborg Gillebo share the role of Hansel, and Lisette Oropesa and Maureen McKay share the role of Gretel. 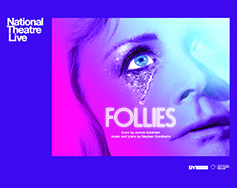 Stephen Sondheim‘s legendary musical is staged for the first time at the National Theatre and broadcast live to cinemas.

Tracie Bennett, Janie Dee and Imelda Staunton play the magnificent Follies in this dazzling new production. Featuring a cast of 37 and an orchestra of 21, it’s directed by Dominic Cooke (The Comedy of Errors).