The Paramount is thrilled to welcome Musical America‘s 2017 Vocalist of the Year, American Bass-Baritone Eric Owens on Saturday, April 15 at 8:00PM. To add to our excitement, Mr. Owens will be accompanied on stage by internationally recognized pianist Craig Terry, who has performed with classical titans such as Renée Fleming and Jamie Barton! 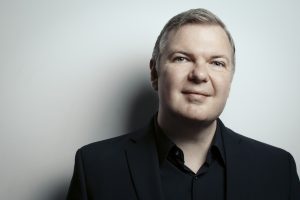 Mr. Terry’s 2016/17 performance schedule includes concerts with Stephanie Blythe, Christine Brewer, Lawrence Brownlee, Joyce DiDonato, Ailyn Perez, Patricia Racette, Hugh Russell, Christian Van Horn, and Laura Wilde. He is Artistic Director of “Beyond the Aria,” a concert series presented by the Harris Theater in collaboration with the Ryan Opera Center and Lyric Unlimited. Mr. Terry’s discography includes three recently released recordings: “Diva on Detour” with Patricia Racette, “As Long As There Are Songs” with Stephanie Blythe, and “Chanson d’Avril” with Nicole Cabell. He was also featured in a “Live from Lincoln Center” national broadcast on PBS with Stephanie Blythe in April 2013.

Mr. Terry hails from Tullahoma, Tennessee, received a Bachelor of Music degree in Music Education from Tennessee Technological University, continued his studies at Florida State University and received a Masters of Music in Piano Performance/Accompanying from the Manhattan School of Music where he was a student of pianist Warren Jones.