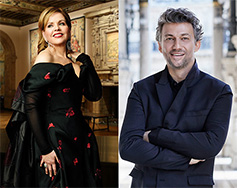 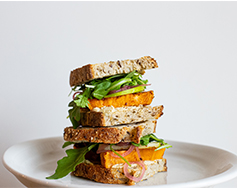 CLICK HERE to order a sandwich and/or cookie from the delightful downtown Petite Marie Bette. All sandwiches and/or cookie order(s) must be submitted by 9AM, Friday, March 19. Contactless pick-up for pre-ordered snacks will be available in the Ballroom one hour before the broadcast. All items must be ordered in advance. We STRONGLY encourage all patrons to plan ahead and pre-purchase these delicious snacks.

While stages across the world are dark, we are thrilled to bring to the Big Screen these two superstars’ Met Stars Live in Concert performances that were originally broadcast last summer! This two-hour special screening will feature Renée Fleming’s August 1st live broadcast from the Dumbarton Oaks estate in Washington, DC as well Jonas Kaufmann‘s July 18th concert from Germany.

Renée Fleming: On August 1, 2020, America’s beloved diva performed live in the intimate and iconic American venue: the music salon of Dumbarton Oaks in Washington, D.C. The program, with accompaniment by Robert Ainsley, will show off Fleming’s wide repertoire, from favorite arias by Puccini and Massenet to moving selections by Handel and Korngold.

Jonas Kaufmann: Superstar tenor Jonas Kaufmann opened the new Met Stars Live in Concert series last summer on July 18 and performed 12 of the most popular, show-stopping arias in the operatic repertoire. The concert was broadcast live via satellite from the ornate Polling Abbey, located in the rolling Bavarian countryside outside Munich, Germany. The grand Baroque interior of the historic venue serves as a perfect setting for a performance showing off Kaufmann’s prowess in a collection of strenuous and spectacular showcases for the tenor voice, including “Nessun dorma” from Turandot and “E lucevan le stelle” from Tosca, among many others.

While the Metropolitan Opera House remains dark because of the ongoing health crisis, Met Stars Live in Concert will allow audiences to experience extraordinary solo and duo performances by top singers—streamed live —from such locations as a former abbey in Bavaria, a Norwegian castle, an outdoor terrace on a cliff overlooking the Mediterranean Sea, a church in Wales, and a historic mansion in Washington, D.C. The series marries the intimacy of the Met’s virtual At-Home Gala with the high production value of the company’s Live in HD series of cinema transmissions.