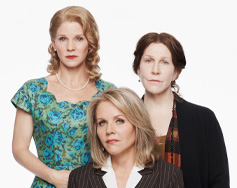 Met Live in HD: The Hours

The Hours contains themes of suicide. If you or someone you know is considering self-harm or suicide, help is available from the Suicide and Crisis Lifeline by dialing 988 or visiting 988lifeline.org.

Renée Fleming makes her highly anticipated return to the Met in the world-premiere production of Pulitzer Prize–winning composer Kevin Puts’s The Hours, adapted from Michael Cunningham’s acclaimed novel. Inspired by Virginia Woolf’s Mrs. Dalloway and made a household name by the Oscar-winning 2002 film version starring Meryl Streep, Julianne Moore, and Nicole Kidman, the powerful story follows three women from different eras who each grapple with their inner demons and their roles in society. The exciting premiere radiates with star power with Kelli O’Hara and Joyce DiDonato joining Fleming as the opera’s trio of heroines. Phelim McDermott directs this compelling drama, with Met Music Director Yannick Nézet-Séguin on the podium to conduct Puts’s poignant and powerful score. This live cinema transmission is part of the Met’s award-winning Live in HD series, bringing opera to movie theaters across the globe. 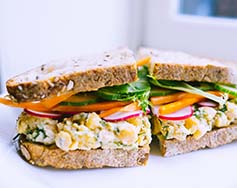 CLICK HERE to order a sandwich and/or cookie from the delightful downtown Petite Marie Bette. All sandwiches and/or cookie order(s) must be submitted by 9AM, Thursday, December 8. Contactless pick-up for pre-ordered snacks will be available in the Ballroom one hour before the broadcast. All items must be ordered in advance. We STRONGLY encourage all patrons to plan ahead and pre-purchase these delicious snacks.