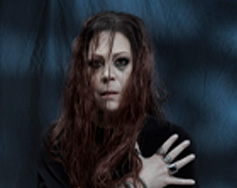 Having triumphed at the Met in some of the repertory’s fiercest soprano roles, Sondra Radvanovsky opens the new season as the mythic sorceress who will stop at nothing in her quest for vengeance—a tour-de-force role made famous by opera’s ultimate diva, Maria Callas. The Met premiere of Cherubini’s rarely performed masterpiece marks Radvanovsky’s fourth new production with director David McVicar, who also designed the sets for this vivid, atmospheric staging, simultaneously classical, updated, and timeless. Joining Radvanovsky are tenor Matthew Polenzani as Medea’s Argonaut husband, Giasone; soprano Janai Brugger as her rival for his love, Glauce; bass Michele Pertusi as her father, Creonte, the King of Corinth; and mezzo-soprano Ekaterina Gubanova as Medea’s confidante, Neris. In an impressive fall trifecta at the Met, Maestro Carlo Rizzi conducts Medea, in addition to Don Carlo and Tosca.