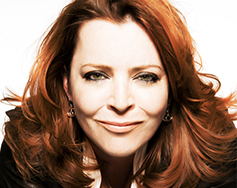 Outback Presents: Kathleen Madigan – Do You Have Any Ranch?

“She is small, practical, and fun. She makes a lot of sense but not too much sense. Just enough to be hilarious.”–JERRY SEINFELD

“She’s the fun lady at the end of the bar with a lot of opinions and only half the information. She’s one of the best comics working today and one of my favorites and I’m not getting paid to say that.”—LEWIS BLACK

Comedian Kathleen Madigan’s 32-year comedy career is showing no signs of slowing down. Madigan has been touring 250 nights a year on the road and has risen from performing in comedy clubs to performing in marquee theaters with sold-out shows. She’s squeezed in over 40 appearances on late-night talk shows and multiple comedy specials airing on Netflix, Comedy Central, and HBO. She also recently joined Jerry Seinfeld on his Netflix show Comedians in Cars Getting Coffee and made the most of the pandemic by launching a podcast, “Madigan’s Pubcast,” on all streaming outlets. Recently asked if her career was planned, she said, “No, like that guy in the Joy of Painting used to say, it was a happy accident. This whole thing just started out as a reason to drink and wow, what a great drinking accident.”

Her album of the Bothering Jesus special is the highest-selling comedy album and most played comedy album on streaming services since 2014. So how is it, the Detroit Free Press asks, “that Madigan has yet to be cast as the wisecracking a) best friend, b) office worker or c) martini-swilling mother-in-law in any of countless sitcoms? We’re thinking it’s because she’s so irreplaceable on the stage. She’s described as the funniest woman doing stand-up right now but no gender qualifier is necessary. Along with Lewis Black, Brian Regan, and Jim Gaffigan, she’s one of the funniest stand-up comedians of her generation.”