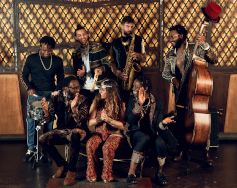 Celebrating the 100th Anniversary of the Harlem Renaissance 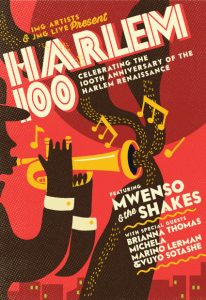 “Mr. Mwenso, a Sierra Leonean vocalist, comes from the jazz world, but his messages arrive in the form of a growl, not a croon, and his band, the Shakes, is a thrashing hybrid whose concerts often take the form of a prewar revue. If a tap dancer arrives to blow your mind midsong, don’t say you weren’t warned.” – The New York Times

Harlem-based band Mwenso & The Shakes will embark on their extensive Harlem 100 North American tour this fall.

Created in collaboration with IMG Artists, the National Jazz Museum in Harlem, and JMG Live, this multimedia show celebrates the 100th anniversary of the Harlem Renaissance while capturing the sights and sounds of Harlem when legendary artists such as Fats Waller, Duke Ellington, Langston Hughes, and Billie Holiday made Harlem the cultural center of the country.

Conducted by bandleader and lead vocalist Michael Mwenso, Harlem 100 presents the most exciting Harlem musicians and dancers in a modern variety show. 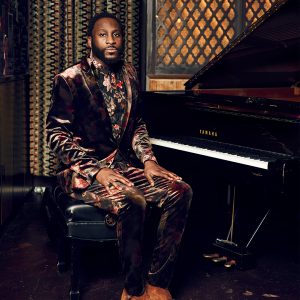 Michael Mwenso: Mwenso was born in Freetown, Sierra Leone but spent his teenage years hanging out at the legendary jazz club Ronnie Scott’s in London where he was exposed to musicians such as Benny Carter, Elvin Jones, Ray Brown, and Billy Higgins. In his youth, Mwenso started honing his talents as a trombonist, singer and performer playing in jump bands, reggae and Afrobeat horn sections and at hard-bop sessions. Mwenso’s talent as a performer caught the attention of many, which subsequently led him to meet James Brown who allotted space for him to sing and dance at his London shows.

In 2012, friend and jazz musician Wynton Marsalis brought Mwenso to New York City to serve as curator and programming associate at Jazz at Lincoln Center where he also booked nightly sets at Dizzy’s Club Coca-Cola. Over the next few years, Mwenso booked and performed with the likes of Cécile McLorin Salvant, Jon Batiste, Aaron Diehl, Sullivan Fortner, and Jamison Ross.

Through these performances at Dizzy’s, Mwenso began to collaborate with a wide variety of Juilliard trained musicians that soon became known as The Shakes. This unique group of global artists presents music that merges entertainment and artistry with a formidable timeline of jazz and blues through African and Afro-American music.

Brianna Thomas:  With “a strong voice and a big range” (New York Times), NYC singer and bandleader Brianna Thomas draws on the influence of the great blues-women of our past.  Beyond a healthy serving of sass, Sarah Vaughn’s influence contributes to Brianna’s style communicating a myriad of moods and feelings.  Add to that a coyness reminiscent of Nancy Wilson, an Ella-esque skill and enthusiasm for scatting, and the stylistic breadth and vocal grandeur evocative of Dianne Reeves. Brianna’s talents have propelled her to many successful performances at the Montreux, North Sea, and Umbria Jazz Festivals.  She has performed across the country from New Orleans to Washington, D.C.’s Kennedy Center with appearances with Fred Anderson, Von Freeman, Houston Person, and the Barber Brothers.  Brianna was a resident in both the 2001 and 2002 Betty Carter Jazz Ahead Programs and was awarded “High School Jazz Vocalist of the Year” by Down Beat magazine in 2001. Notably, Brianna Thomas is the youngest person ever to be inducted into Peoria’s African-American Hall of Fame at the age of thirteen. 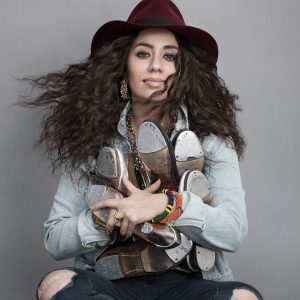 Michela Marino Lerman: Michela is a globally sought after tap dance artist, performer, choreographer, educator, and all-around creative spirit. The Huffington Post has called her a “hurricane of rhythm” and the NY Times has called her both a “prodigy” and has described her dancing as “flashes of brilliance”. She has studied with Buster Brown, Gregory Hines, Leroy Myers, and Marion Coles and has performed with many masters such as Wynton Marsalis, Savion Glover, Jon Batiste and Stay Human, Roy Hargrove, Cecile McLorin Salvant, Benny Golson, Marcus Roberts and many more.  In 2017 Michela conceived, choreographed, and starred in “This Joint is Jumpin” which debuted in Andrew Lloyd Weber’s new London West End Theater, The Other Palace. Lerman is often a bandleader at some of New York’s greatest music venues such as Jazz at Lincoln Center, Smalls, Ginny’s Supper Club & Joe’s Pub. 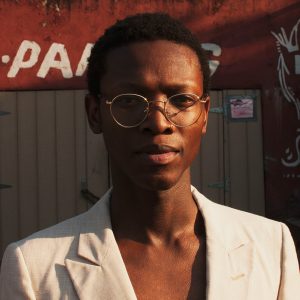 Vuyo Sotashe: Young South African jazz vocalist, Vuyo (Vuyolwethu) Sotashe moved to NYC in 2013 after being awarded the prestigious Fulbright Scholarship to pursue a Master of Music at William Paterson University. Since then, he has gone to win first prize at the very first Mid-Atlantic Jazz Festival Vocal Competition in 2014 and performed on the festival’s main stage the following year. More recently, he won the Audience prize award and placed second over-all at the Shure Montreux Jazz Voice Competition in 2015, held at the annual Montreux Jazz festival in Switzerland.  In the same year, he placed third in the prestigious Thelonious Monk Institute International Jazz Vocal competition, where he was the very first male vocalist ever to place in the competition’s finals.