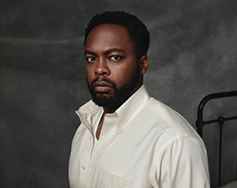 Met Live in HD: Fire Shut Up in My Bones – ENCORE BROADCAST

Following the great publicity and high praise for the Live in HD production of Fire Shut Up in My Bones, a national encore of the title has been added during Black History Month. The exhibition date for this high-profile encore is Saturday, February 12, 2022 at 12:55PM.

Met Music Director Yannick Nézet-Séguin conducts Grammy Award–winning jazz musician and composer Terence Blanchard’s adaptation of Charles M. Blow’s moving memoir. The first opera by a Black composer presented on the Met stage and featuring a libretto by filmmaker Kasi Lemmons, the opera tells a poignant and profound story about a young man’s journey to overcome a life of trauma and hardship. James Robinson and Camille A. Brown—two of the creators of the recent production of the Gershwins’ Porgy and Bess—co-direct this new staging. Baritone Will Liverman, one of opera’s most exciting young artists, stars as Charles, alongside sopranos Angel Blue as Destiny/Loneliness/Greta and Latonia Moore as Billie.

Content Advisory: Fire Shut Up in My Bones addresses adult themes and contains some adult language. 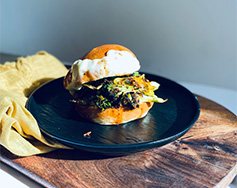 CLICK HERE to order a sandwich and/or cookie from the delightful downtown Petite Marie Bette. All sandwiches and/or cookie order(s) must be submitted by 9AM, Thursday, February 10. Contactless pick-up for pre-ordered snacks will be available in the Ballroom one hour before the broadcast. All items must be ordered in advance. We STRONGLY encourage all patrons to plan ahead and pre-purchase these delicious snacks.