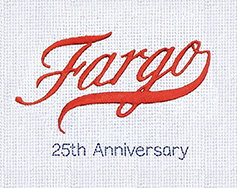 A lot can happen in the middle of nowhere.

Things go terribly awry when small-time Minnesota car salesman, Jerry Lundegaard, hires two thugs to kidnap his wife. Once people start dying, the very chipper and very pregnant Police Chief Marge Gunderson takes the case. Is she up to the challenge? You betcha.

Celebrated as a darkly comic twist on the thriller genre, Fargo is also a film of great visual beauty, with cinematography by regular Coen Brothers collaborator, Roger Deakins. When a hapless husband finds himself in insurmountable debt, a series of absurdities embroils him with two inept crooks. Their crimes fall under the jurisdiction of a heavily pregnant rural Minnesota police chief, Marge Gunderson (McDormand), who makes no small effort to solve the case.