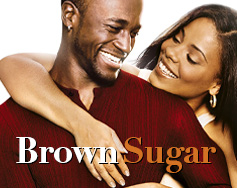 Sidney (Sanaa Lathan) and Dre (Taye Diggs) can attribute their friendship and the launch of their careers to one single childhood instant… when they met hip-hop on a New York street corner. Now some time 15 years later, she is a revered music critic and he is a successful, though unfulfilled, music executive. Both come to realize that their true love was found that day on the corner.