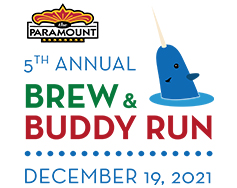 Whether you’re an Elf enthusiast, a thrill-seeker, or even a son of a Nutcracker, The Paramount’s 5th Annual Brew & Buddy Run presented in partnership with Champion Brewing Company and Three Notch’d Brewing Company is sure to get you in the holiday spirit! Starting at the Theater at 4:30PM and making a three mile loop around the Downtown area, the Brew Run includes stops at Champion and Three Notch’d for a beer at each brewery before returning to The Paramount for Elf on the Big Screen at 6:00PM. *The registration fee for the run includes a 2021 Brew & Buddy Run souvenir cup, one free pour at each participating brewery, $1.00 off beer purchase at The Paramount’s concessions, and admission to the 6:00PM presentation of Elf. 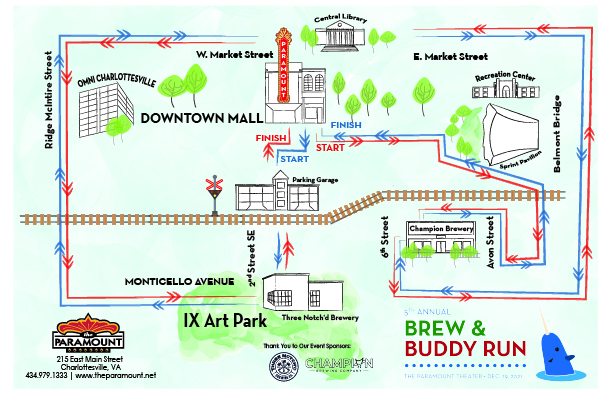 “This is one of those rare Christmas comedies that has a heart, a brain, and a wicked sense of humor, and it charms the socks right off the mantelpiece.” Robert Ebert

Thank you to our Movie Sponsor: