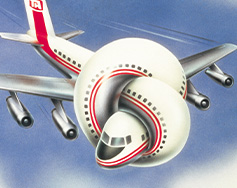 Drowning his sorrows after that botched mission during WWII, the traumatized former fighter pilot with a fear of flying, Ted Striker, still hasn’t got over his old flame and flight attendant, Elaine Dickinson. Determined to win her back, Ted boards a domestic flight from Los Angeles to Chicago, only to come face-to-face with a severe case of in-flight food poisoning that is threatening everyone’s lives. Now, with most of the passengers and the entire cockpit crew down with the food-borne illness, Striker has no other choice but to confront his inner demons and take over the control of the ungovernable aircraft with the help of a gruff air-traffic controller and his former commander. Can Ted land the plane and save them all?

Sit back, relax, and enjoy your flight watching what is considered one of the funniest films of all time!