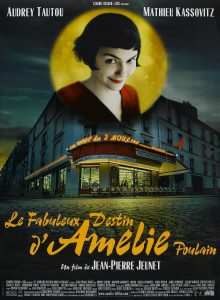 Today is National Caregivers Day! In that spirit, we’d like to honor one of our favorite fictional caregivers, Amélie!

Played by the striking Audrey Tautou, the subtly eccentric title character of the 2001 award-winning French film is a shy but thoughtful young woman whose selfless acts make her a special kind of caregiver. A grieving widow, a recluse artist, and a mysterious man in the Metro station all become the subjects of Amélie’s kindness – when it’s not getting her into trouble.

Inhabit the streets of Montmartre with this intriguing caregiver when we screen Amélie [R] on Sunday, February 19 at 2:00PM. Tickets are only $7 and are on sale now! 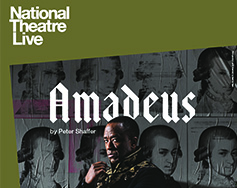 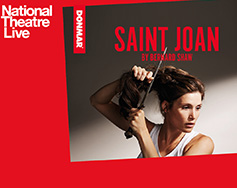 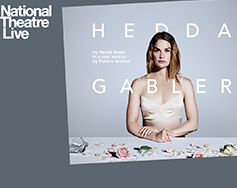 Nonprofit Renters Hold a Special Place in Our Hearts! 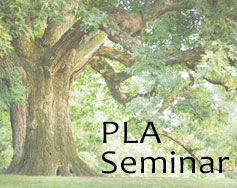 Did you know that The Paramount Theater is a nonprofit organization?

As a nonprofit, we at The Paramount make our best effort to support other Charlottesville-Albemarle area nonprofits to ensure that the community has access to services at the Theater at an affordable price. One way that we make this effort is by offering a special rates to nonprofit organizations wishing to rent the space.

We are particularly excited to welcome a nonprofit that has been a longstanding friend of The Paramount – the Piedmont Landscape Association!

On Thursday, February 16, the Piedmont Landscape Association will hold their annual seminar at The Paramount. A day-long event that draws in hundreds of landscaping experts and enthusiasts, the PLA Seminar covers topics ranging from gardening best practices to the evolution of the horticulture industry. The 2017 PLA Seminar will feature such knowledgeable speakers as Allan Armitage, Nancy Ross Hugo, and Peggy Singlemann.

Tickets to the PLA Seminar are still available and can be purchased HERE.

We are always thrilled to welcome nonprofits to The Paramount – reach out to us today to ask about our nonprofit rate for your next event!

Happy Valentine’s Day from all of us at The Paramount! We may be a bit biased, but we think there’s nothing better than a romantic night out in Charlottesville with your sweetheart, whether it’s on Valentine’s Weekend or beyond. Surprise your special someone with a night on the Downtown Mall – and take some inspiration from our Perfect Paramount Downtown Date ideas below! 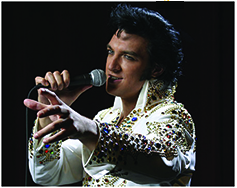 Remind your honey of the good ole’ days with a flashback night full of fun nostalgia! On Friday, February 17 at 8:00PM, enjoy the sensational Matt Lewis – USA Today’s “Best Elvis in Vegas”, who will show you a night of Burnin’ Love! And before the show, treat yourself to a juicy steak or salmon filet at Water Street Restaurant, right on the Downtown Mall. 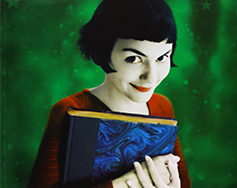 Add a French flair to your romantic adventure in Charlottesville! On Sunday, February 19 at 2:00PM, scheme with the quirkiest girl in Montmarte during a screening of Amélie [R]. Then, pop next door for to-die-for French cuisine at Petit Pois. We guarantee you’ll be hearing “je t’aime” before the night is through! 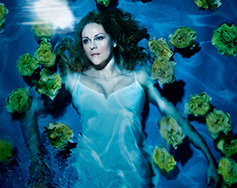 For the couple who can’t resist a bit of elegance, there’s nothing more tasteful (literally) than the gift of the absolutely divine chocolate from Gearharts. Treat yourself to a sampling of Gearharts before a visit to The Paramount on Saturday, February 25 at 12:55PM – take your afternoon from classy to classical with our live broadcast of the Metropolitan Opera’s Rusalka, starring the beautiful Kristine Opolais. 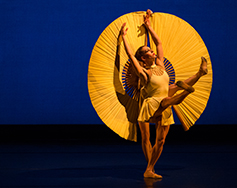 Sometimes the best Valentine is your little one! Show your kids the time of their life this season with a fun day spent downtown. First, excite their curiosity at the Virginia Discovery Museum, where they can explore scientific exhibits and even a mini Paramount Theater before the real thing! Afterwards, hit the sweet spot with a delicious variety of ice cream at The Paramount’s next door neighbor Chaps. Finish off the night with the unique and visually captivating Momix – Opus Cactus on Sunday, February 26 at 7:30PM at The Paramount, and witness a blend of physical theater, circus, athleticism, and comedy unlike anything your child has ever seen before. 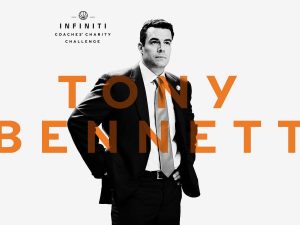 The tension was palpable in the Theater last night as UVA went into double overtime with the rival Hokies – an exciting ACC basketball game that was broadcasted live on the big screen at The Paramount. Though we were sad to see the University of Virginia men’s basketball team lose such a tight game, we will always be proud of our hard-working Hoos!

We are even more proud of the incredible spirit of Coach Tony Bennett, who is not only a resilient coach, but an inspiring community leader.

This February, Coach Bennett is participating in the Infinity Coaches’ Charity Challenge, sponsored by ESPN, in which the winner receives a grand prize in the charity of their choosing. Coach Bennett has chosen the Blue Ridge Area Food Bank – and if he wins the vote, BRAFB will receive 400,000 meals for hungry Charlottesville locals!

You can vote for Coach Bennett by visiting www.espn/infiniti. You can vote daily, and what’s more, your vote enters you into a sweepstakes with prizes including signed memorabilia!

Learn more about BRAFB HERE, and check back at www.theparamount.net to stay up to date on more UVA Men’s Basketball live broadcasts.

On January 28, 2017, The Paramount Theater welcomed Vocalosity, a one-of-a-kind a cappella group created by Deke Sharon (Pitch Perfect, The Sing-Off). Vocalosity, with their intricate 10-part harmony and colorful energy brought a diverse but always exciting repertoire of hit pop songs that was exciting for kids of all ages, as well as the young at heart!

Vocalosity was joined on January 28 by the winners of our Aca-Perfomance of a Lifetime Contest, selected by Deke Sharon himself – local group DMR Adventures! The Charlottesville‐based performing arts education program for local kids and teens performed as the opening act to Vocalosity and blew the audience away with their incredible talent and range. 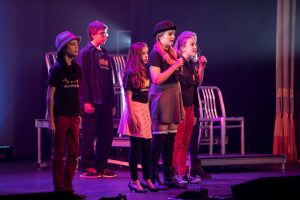 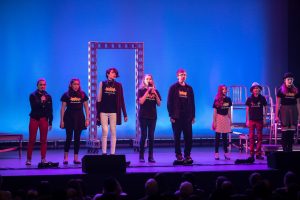 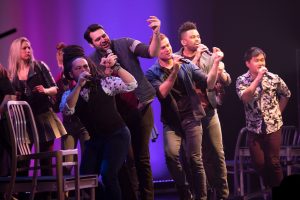 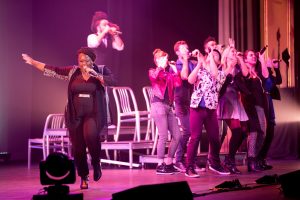 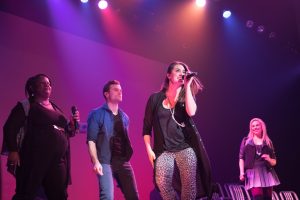 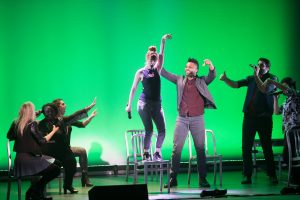 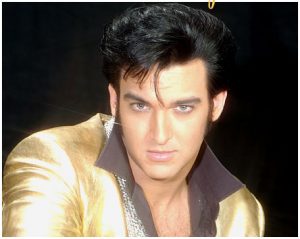 We hope you are enjoying our brand new website, created in partnership with locally-based web agency Vibethink!

As a local non-profit theater, we were thrilled to partner with a local design firm on this project. Vibethink is not a firm that builds monuments to the very recent past, rather Vibethink is a digital problem-solver who empowers organizations to navigate the future. We were able to work hand-in-hand with their web developers to create an online experience for our patrons that is unique to your needs.

Vibethink has worked with a large array of non-profits and corporate clients to enhance their web presentation and placement.

The Paramount Theater extends a huge thank-you to Vibethink for helping us revitalize our website as a digital extension of our grand theater! Learn more about Vibethink here.

We are thrilled to present our newly redesigned website, created in partnership with the locally-based web agency Vibethink! We’ve made several updates to enhance your browsing experience, including:

The Paramount Theater is always growing and changing, and with it should be a digital experience that adapts with your needs. We invite you to take a digital tour and tell us what you think – we can’t wait to hear what you discover!

When you advertise in The Paramount Theater playbill:

90,000 + patrons will have your message handed directly to them as they walk through the doors of the Theater.

You will reach community members of all ages and demographics through diverse events that range from:

Let our audience help you reach your audience! To place an ad, or to have any questions answered, please contact Rosemary Miller at 434-293-1010, or email rosemarymiller@theparamount.net.