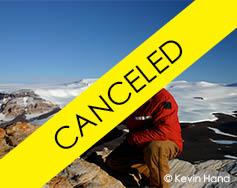 THE SEARCH FOR LIFE BEYOND EARTH:

Astrobiologist and National Geographic Emerging Explorer Kevin Hand searches for life beyond Earth. He is currently helping plan a NASA mission to Jupiter’s moon Europa to investigate evidence of a vast subsurface ocean-a body of water which could sustain primitive forms of life on this alien world nearly 600 million miles from our planet.

Based at Pasadena’s world-famous Jet Propulsion Laboratory, Hand designs instruments for the probe that will travel to Europa. To gain perspective on the conditions these instruments will have to endure, and to see how microbes eke out a living in our world’s harshest climates, Hand has traveled to the most forbidding environments on Earth. He has conducted studies on the glaciers of Mount Kilimanjaro, the valleys of Antarctica, and the depths of our oceans.

Aside from his compelling scientific work, Hand founded Cosmos Education, a nonprofit organization that empowers some of Africa’s poorest children through science, health, and environmental education. In 2005, Hand appeared alongside director James Cameron in Aliens of the Deep, applying his knowledge about extraterrestrial environments to Earth’s own unexplored territories. And in the summer of 2012, Hand joined Cameron’s team on his historic Challenger Deep dive into the Marianas Trench, the deepest place on the planet. Join Hand for a firsthand report on the search for real extraterrestrials. 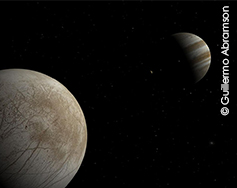 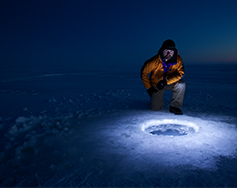 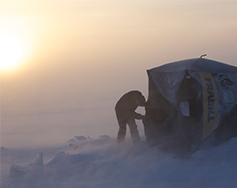 Dr. Kevin P. Hand is a planetary scientist/astrobiologist at NASA’s Jet Propulsion Laboratory (JPL) in Pasadena, California. His work focuses on the origin, evolution, and distribution of life in the solar system and involves both numerical modeling and laboratory research on the physics and chemistry of icy moons in the outer solar system, with an emphasis on Jupiter’s second large moon, Europa.

Hand has served on NASA’s Science Definition Teams for the Europa Flagship mission and has worked on several instruments for solar system exploration, including an active mid-infrared micro-Fourier Transform spectrometer that was field tested in Antarctica and proposed for the instrument suite on Mars Science Lab rover. He is also the science principal investigator for the NASA Astrobiology Institute’s ‘Icy Worlds’ node at JPL. His work has taken him from the depths of the oceans to the summit of Kilimanjaro.

Hand has been featured in several documentaries on television and in an Imax film. Hand earned a Bachelors degree in physics and astronomy from Dartmouth College, a Master in mechanical engineering from Stanford University, and a PhD in geological and environmental sciences from Stanford University. He was a visiting scholar in the astrophysics department at Princeton before joining the staff at JPL. Hand was born and raised in Manchester, Vermont.